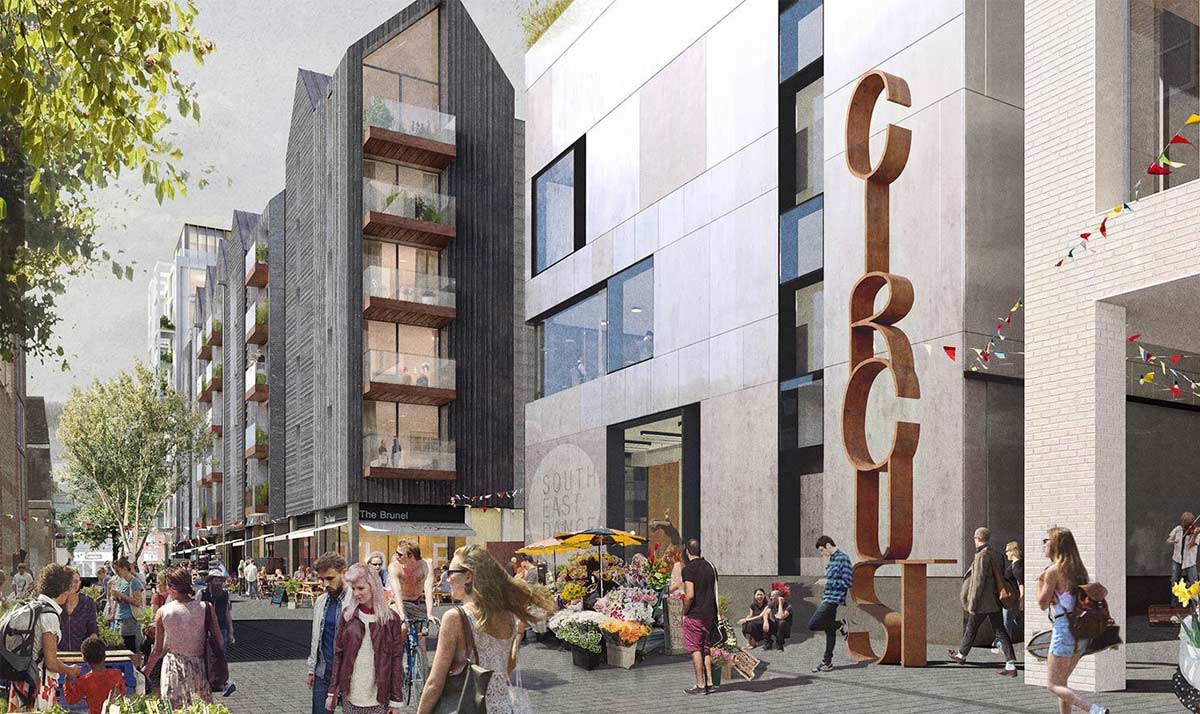 As an easing of lockdown signals a return to a new normal for Brighton-based businesses, the prospect of a new and exciting quarter of the city is set to further boost Brighton’s appeal as a place to do business.

The Circus Street Quarter is a 2.4 acre site situated behind Grand Parade on the site of Brighton’s former municipal fruit and vegetable market, close to the heart of Brighton City Centre, within walking distance of the seafront and Brighton mainline railway station and on the doorstep of JetSpace’s serviced offices at 23 Grand Parade.

The scheme is set to turn the old market into a ‘thriving new quarter and cultural destination for the city’, developers say. Due for completion over the next few months, Circus Street will include The Dance Space, a new home for South East Dance, alongside 142 new homes, including 28 affordable, 450 student bedrooms in managed student halls of residence and restaurants and shops at ground floor level around a new public square.

“The whole area around 23 Grand Parade will benefit from this exciting development. Not only will it rejuvenate this historically significant area of the city, but it also underscores the exciting ethos of sustainability that makes Brighton such a unique place to work.”

But what sets this scheme apart from others is its outstanding urban design and huge focus on sustainability. Developer U+I is promising a “new genre” of urban development with green walls, green roofs, 78 new trees and allotments for food growing – producing over 200kg of food per year for residents. U+I is ploughing £130m into the scheme, which is predicted to create 400 jobs and inject £200m into the city’s economy over the next 10 years.

The market opened in 1938 and was last in use in January 2005. It remained derelict until planning permission was granted in 2014 and work on the redevelopment started in 2018.

Completion of the Circus Street development also coincides with a complete renovation of Valley Gardens – the green space that stretches from St Peter’s Church and the Palace Pier and runs opposite 23 Grand Parade – and redevelopment of the former Art-Deco Astoria Cinema, opposite Grand Parade, into residential apartments complete with wellness centre, yoga space/gym and some commercial units.

The Circus Street Quarter, like 23 Grand Parade, is situated near to a major arterial road linking the nearby city centre with the eastern side of Brighton. The site’s position, where the A23 from London, A270 from Lewes and A259 coast road all converge, also puts it at the base of the academic corridor stretching along the A23/A270/A27.